Rockwood  airport is  23  miles (23  Minutes)   from ETTP via 4 lane uncongested highways on  475 acres of land  with nautical and non-nautical room for growth. There are  no issues with the airport noise footprint unlike some concerns for nearby residential areas.

The Rockwood Airport opened at the State Highway  299 location in 1963. Southern Airways used RKW as a stop in their hub as a part of their goal to include more people in outlying areas to enjoy a mode of transportation of the future. A 100’ square terminal building and office space was their center of operations.

Beginning in the year 2000 the goal has been to build an  infra-structure that would support industry and commercial needs of Rockwood, Roane County, Oak Ridge, and surrounding areas. Update projects have included a 14,000 gallon jet-A tank and a 10,000 gallon Av-gas tank, a concrete fueling pad,

16 security fiber optic cameras in a closed system connected with airport manager’s home, a 5,000 ft taxiway, a third generation NEX-WOS, refurnishing of terminal building, the addition of 16 T-hangars, instrument approaches include WASS, GPS and an VOR/DME – all just one mile North of Exit 340 on I-40. The runway was completely rehabilitated in 2015 and most recently in December 2018 .

The airport  has a history of serving DOE over the years for contractors, engineers, visiting government personnel from US and abroad, TVA including   an agreement that RKW will be the designated airport for any emergency at Watts Bar Nuclear Power Plant , the state of TN (Governors office, drug enforcement, political engagements, Departments of Forestry and the TWRA), military training, and local industries.

In late 2015 the University of Tennessee Medical Facility established a LifeStar MediEvac helicopter base at RKW, staffed 24 hours a day seven days a week. 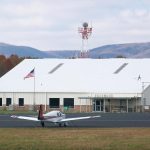 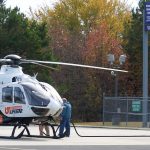 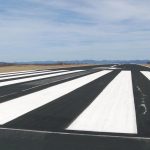